Heavy rains, flooding and strong winds have displaced households, damaged public and private infrastructure, and caused injuries and fatalities across the region, impacting countries including Mozambique, Malawi, and Zimbabwe.

The impact of Tropical Storm ANA could reach windspeeds up to 80km/h and rainfall up to 150mm/24h, with 360mm/24h reported in some parts of Malawi.

According to various sources, a total of 91 deaths have been reported so far with 392,367 people affected:

* UN Office for the Coordination of Humanitarian Affairs (OCHA)

However, a lack of comprehensive information and low news coverage is proving to make it difficult to understand holistically the full impact of the recent storm in the area.

“Beyond the emergency response we need to make sure that we support those families to rebuild their livelihoods — their fields are submerged and their houses are destroyed … we need to support them to build back safer.” – Naemi Heita, International Federation of the Red Cross and Red Crescent Societies

“Meanwhile, DoDMA is facilitating the process of restoring power to medical establishments; water treatment and distribution systems; schools and other areas with similar attributes… DoDMA is also working in collaboration with the MDF (Malawi Defence Force) and other stakeholders to reach out to cut-off areas with relief assistance.” – Charles Kalemba, Commissioner for Disaster Management Affairs, Office of the President and Cabinet, Republic of Malawi

Southern African countries have been repeatedly struck by severe storms and cyclones in recent years, which experts say are worsening as waters warm due to the climate emergency.

Climatological statistics indicate the region is prone to storms between October to April, peaking between January to March. However, the frequency of storms has increased with 30 recorded storms this millennium.

MapAid has received direct footage of the havoc caused by the storm in Malawi from an associate: 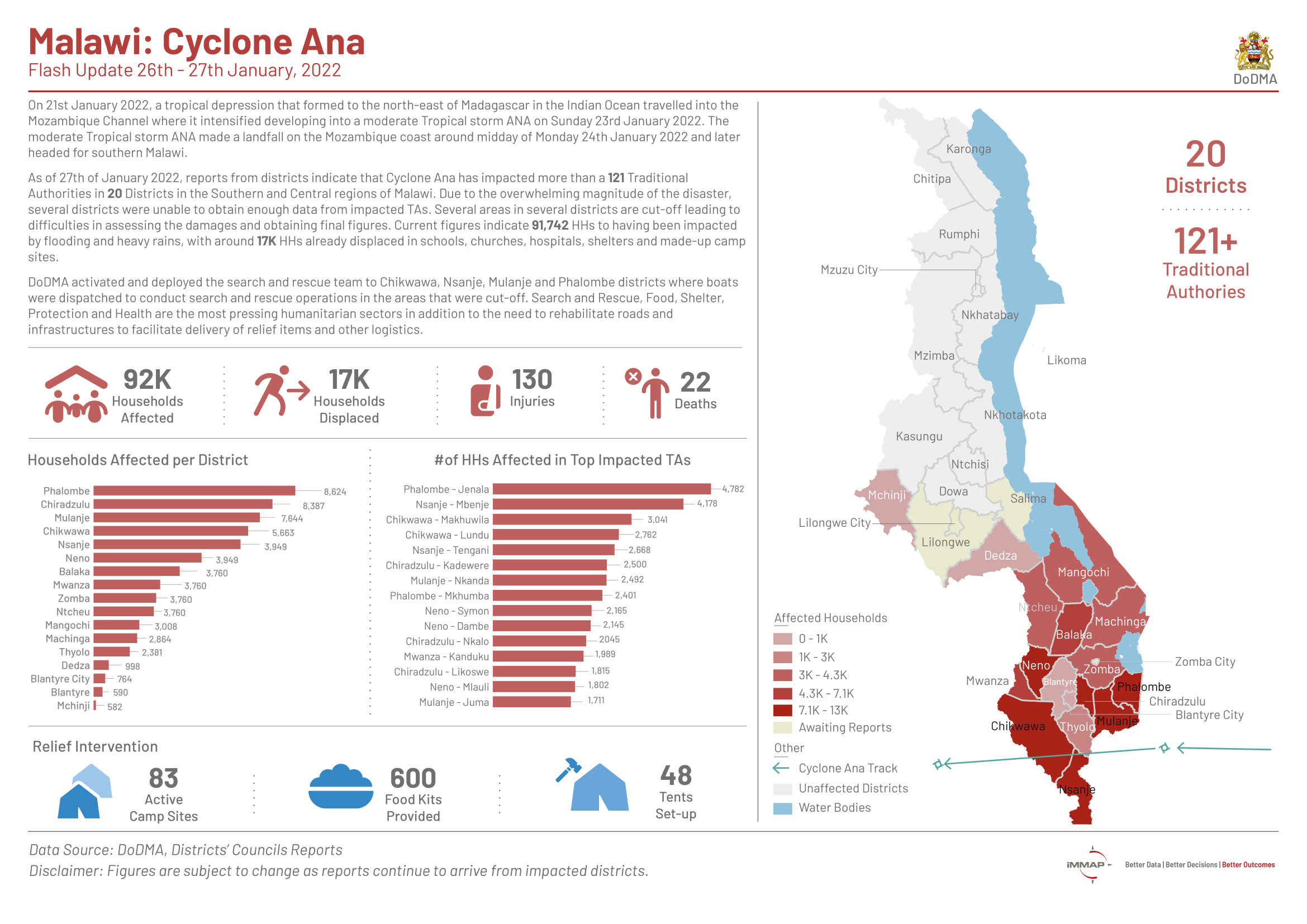 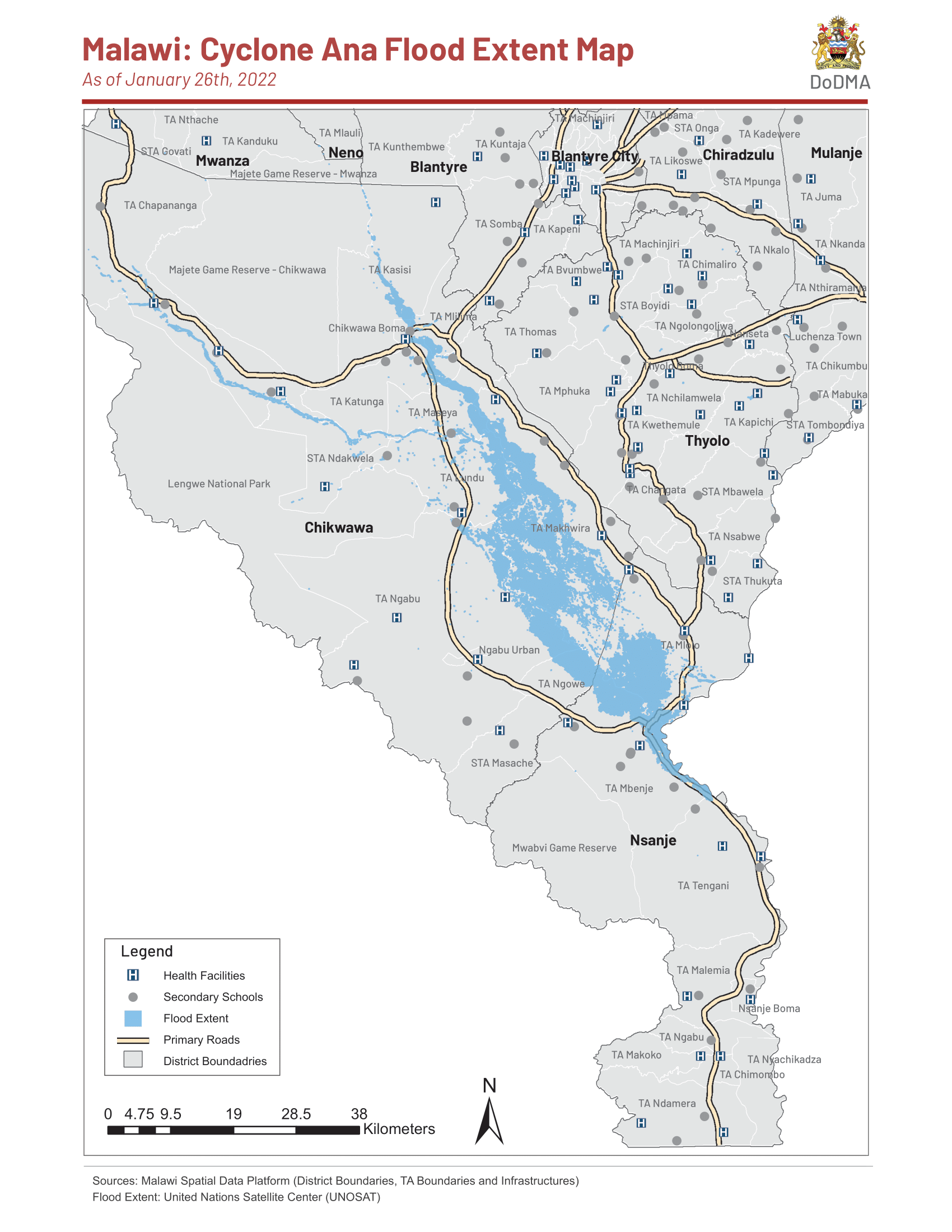 As of 27 January 2022, Malawi had at least 10,159 displaced households directly resulting from the storms. The areas require immediate assistance in the form of food, shelter, sanitation, protection, transport and logistics, health, search and rescue, nutrition, coordination, education and agriculture.

At MapAid, we produce maps like the cyclone Ana maps in order to visually illustrate where aid is needed most. But further to that, we want to map solutions and, crucially, where there are gaps in solutions. Using our maps we want to work with local governments, councils and the private sector to resolve the problems which we have highlighted!

If so, please get in touch and we will be happy to discuss your ideas.

Don’t forget to subscribe to our email newsletters and donate here to help Malawi.