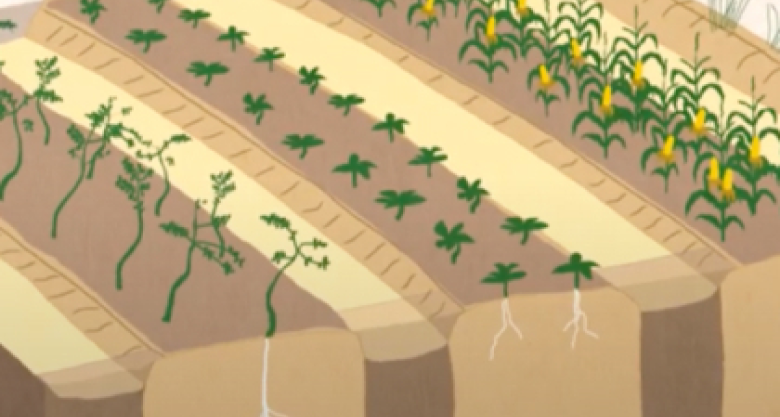 “It is impossible not to recognise the benefits. On one side, where the Deep Bed Farming method has been applied, huge maize crops, rich and thick, and on the other side, essentially no crops.” Holly Tett, British High Commissioner, on a visit to farms at Mzuzu, June 2018.

In Malawi the agriculture is similar to Ethiopia. It is largely rain fed, and 80% of the economy is farm based, and 75% of this group are small farmers (1). However climate change has also caused significant droughts according to the UN sponsored Relief Web news agency who state: “the October 2021 to January 2022 period is reported to be one of the driest periods for the country since 1970, with the central region of Malawi experiencing one of the worst droughts on record” (2) and even before that, in 2020, it was estimated that 1.9 million Malawians were food insecure (3). 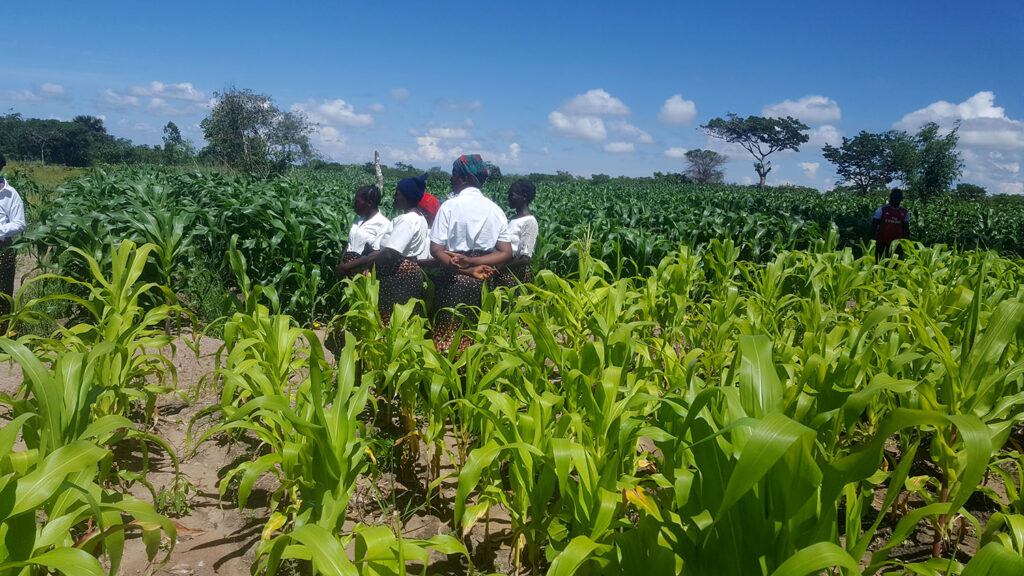 The goal of this project is to create maps and map systems that show time poor policymakers, donors, and agricultural aid workers why and where to invest time and effort into Deep Bed Farming which results in at least a doubling of crop yields – for small farmers.

MapAid is working with Tiyeni which is an innovative NGO, committed “to putting bread on the kitchen table” for small farmers in Malawi. Their technique, is known as “Deep Bed Farming” or “DBF” and according to MapAid’s initial findings, more than doubles the small farmer’s crop yields for maize, a vital staple in Malawi, versus the traditional Conventional Ridge or “CR” method of farming.

Working with Tiyeni staff, MapAid has carried out two basic pieces of research into DBF, using 5 years of previous data for maize yields and, considering these two distinctly different methods of farming: DBF and CR.

To do this our joint team: 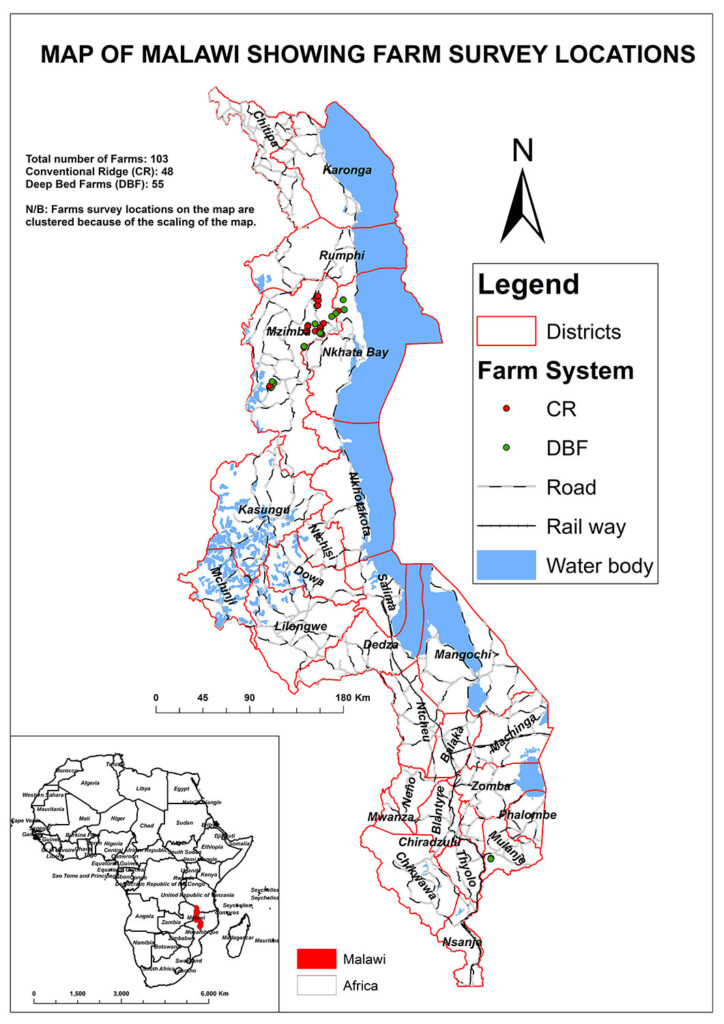 Farms using DBF were on average smaller than CR farms, but produced a higher yield per hectare, as shown here:

In summary, the average yield of 3,845Kg per Hectare from DBF is an improvement by a factor of x2.08 versus CR. 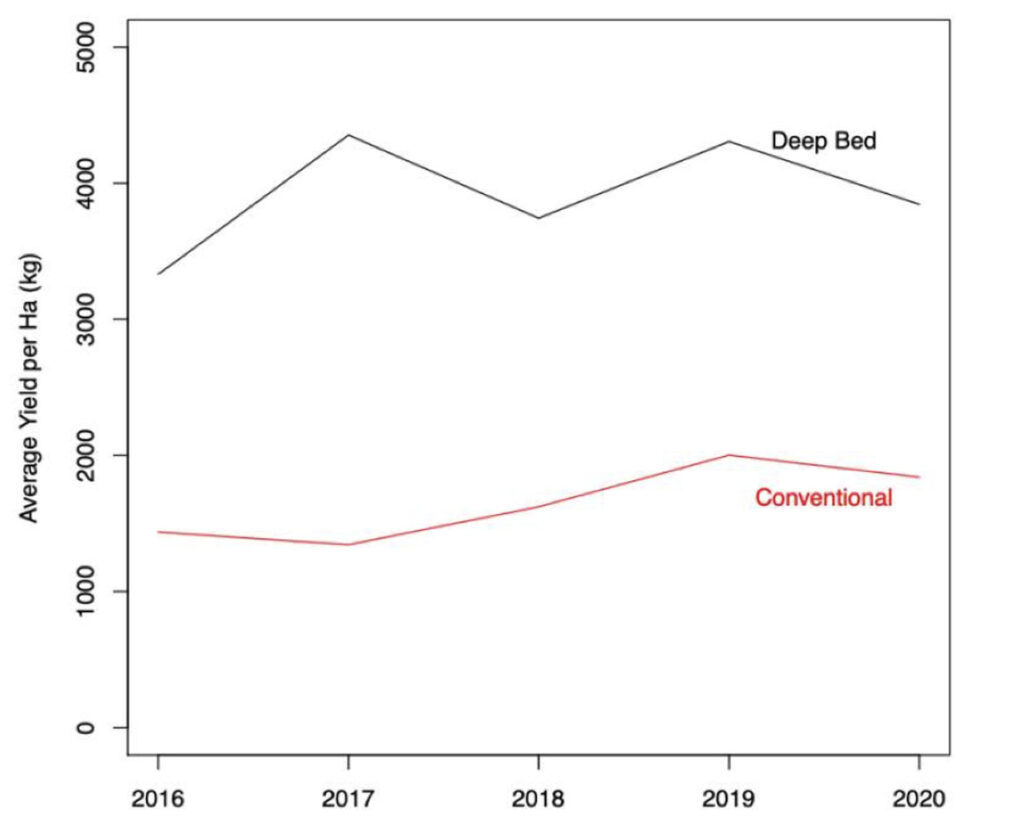 The farmers of Malawi are the first ones “taking the next steps”, by coming to Tiyeni and asking to have DBF methods introduced into their areas. Over 20,000 farmers have signed up, and counting, with a long waiting list !
See also (4). 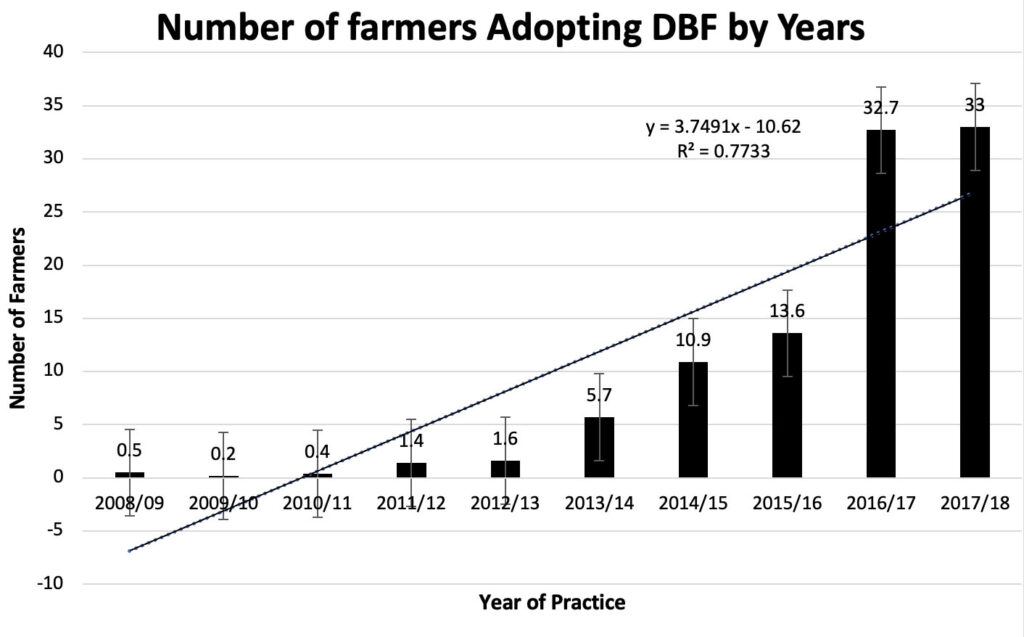 Farmers without DBF see their neighbours families eating an extra meal every day, because of DBF, and want some of the same.

However, just so that all error, and therefore doubt, are minimised, MapAid plan to improve the statistical validity of our yields analysis, and this means ensuring that maize yields for both DBF and conventional fields are weighed in a consistent manner, at the end of the growing season. This will entail using identical scales and weighing techniques, with well trained people on the job.

MapAid plans to continue to work with Tiyeni and develop other University, NGO and institutional partners to collaborate on good research and visualistion of DBF in Malawi, to support the excellent progress so far made by Tiyeni.

DBF is great value-for-money and effective soil water conservation system consisting of several parts, of which the key components are:

This image shows a field on Zomba mountain, with maize ridges washed down the slope revealing the compacted hard pan underneath. 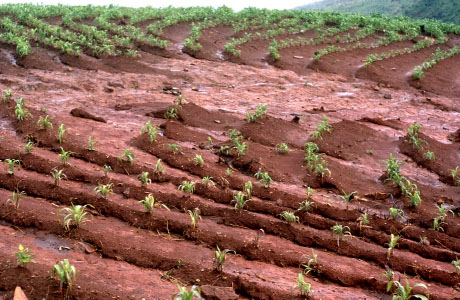 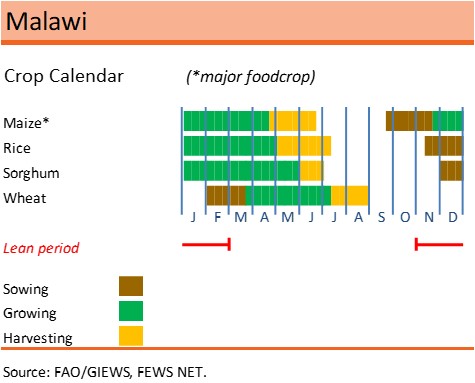 The story of Mr Gosple Mvula

What will your donation do?
Your donation helps us build maps (and occasionally visuals) to help other charities, the public sector, foundations, and corporate sponsors know where and why to focus their efforts. Our maps, therefore, help ensure that other aid money goes further.

When you donate to MapAid, your money will be spent on whatever is carefully considered, as needed to make these maps, that help get bread onto the farmer's table.